Rebecca Camu has been writing stories ‘since she could pick up a pen’.  Always passionate about her stories, she lately was surprised and delighted to learn that an early teacher remembered her reading them aloud to the other children during break times at school.  Rebecca herself had forgotten.

Derek Taylor was born in County Down, Northern Ireland on June 8th 1951. He was always keen on poetry and when ten years old won first prize in the County Down annual Fiesch – arts festival – for poetry. He wrote his first novel when he was seventeen and has been writing ever since. Educated at St Patrick’s Christian Brother’s School, Omagh, he graduated from the University of East Anglia in 1978. After a stint of working for BBC World Service and BBC Radio Suffolk and editing a poetry magazine he travelled extensively before settling in Kent in 1990.  He was an occasional radio presenter and producer on local commercial radio stations throughout the 1990s.

He published A TIME OF WAR, a religious allegory, in 1985 and three novels in the mid-90s. He became interested in Americana roots music and singing cowboys which led him to the British Archive of Country Music, where he continues to work part-time as an archivist and public relations officer. He has written a series of western novels for Robert Hale Ltd.

He also owned and managed three care homes for people with physical and mental disabilities, before retiring in 2006. He returned to broadcasting in 2010 to present a weekly radio show on Radio Caroline.

If you like rhythm and romance, drama and enchantment, you’ll love this collection of ballads. The experts are still arguing about when the earliest of them, generally referred to as the ‘border ballads’ – Sir Patrick Spens, The Wife of Usher’s Well, for instance – were written. Most agree, however, that the best ones were written over a fifty-year period in an area covering about sixty square miles, which points to one man – True Thomas. ‘Thomas the Rhymer’, as he was known, was a 13th century Scottish laird and reputed prophet from Earlston (then called ‘Erceldoune’) in the northern Borders. He was horrified when the Faery Queene gave him a tongue that could never lie:
‘A pretty gift ye would give to me
For I might never buy nor sell
At fairs or stalls in my countree,
Nor sue a fair ladee.’
True Thomas lived too early for some theories as to when the border ballads were written, but they were clearly sung and passed down for centuries, while many new ones were obviously written by other poets and songsters and adapted and re-written by even more. Take The Spotted Cow: was it an 18th century stage song that morphed through common usage into a folk ballad? Possibly, probably, but will we ever know?
Enjoy these ballads, newer and older, for all that they tell us about ourselves, our folk culture and our history. They are sung to different tunes. We wanted to create a portable little pocket book of ballads and space was a constraint that stopped us from including the tunes, but they are easily found in all their equally rich variety on the Internet.

Here is a sample ballad from in the book:

One morning in the month of May

As from my cot I strayed

Just at the dawning of the day

I met a charming maid

I met a charming maid

So early? Tell me now

No more complain no longer mourn

Your cow is not lost my dear

I saw her down in yonder lawn

Come love I'll show you where

I must confess you’re very kind

I thank you sir said she

You will be sure she’s there to find?

Come sweetheart go with me

Into the grove we did repair

Across the flowery dell

We hugged and kissed each other there

And love was all our tale

Into the grove we spent the day

And thought it passed too soon

At night we homeward went our way

And brightly shone the moon

If I should cross yon flowery dell

Or go to view the plough

She comes and calls her gentle swain 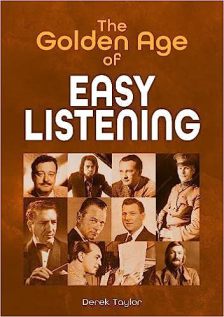 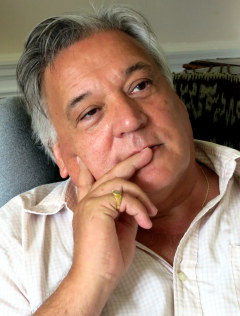 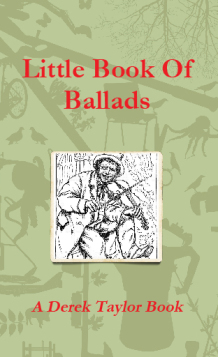 Available at amazon, ebay.co.uk (cheaper) and all good book shops