All these titles are available from Amazon

Life at the Royale - a large Edwardian seaside hotel now converted into apartments - should be gracious and lovely for its retiree residents. But their lives are blighted by the unscrupulous doings of their rogue landlord, Paul Levine. Then Dan Brearley, a retired Secret Agent, moves in. Paul Levine begins to get under his skin and Brearley makes it his business to find out all he can about him. In so doing he uncovers a smuggling ring led by a murderous international crime boss, John Gonzales. As Dan Brearley charms the eccentric residents of the Royale, falling in love along the way, he single-handedly smashes the smuggling ring and destroys the world of Paul Levine. But will John Gonzales let him get away with it? Can Dan Brearley and his new wife escape the grizzly end the vile gangster has in-store for them?

Westerns and other titles:

Retired Texas marshal, John Thirsk goes to the aid of the family of his murdered side-kick, Frank Butler, and begins a battle against wealthy landowner, Milton. To the ex-marshal, robber barons were no better than common outlaws - Milton despite his power is not above the law, and Thirsk will shown him this!

Great fortunes were made when the railroad moved westwards and many were the rich and powerful men who wanted these fortunes for themselves. Ed Sanders was killed for his fortune and it looked as if his daughter Kate would lose her inheritance. Kate is kidnapped by a ruthless killer.

Gunter is the lone survivor of a German family murdered by bushwhackers. He resolves to make Jonathon Gates, the leader of the gang, pay for his crimes. But the bushwhackers have become masters of guerilla warfare and seem unbeatable.

Rodeo in its early days was as wild as the Wild West and some of its participants even wilder. Hal Turner would go to any lengths to keep from Red Arnold the champion's crown he felt belonged rightfully to his brother. But now his brother was dead, gored by a bull, and there was no one to stop Red Arnold taking his place...

In the days before the West was finally tamed, there were always battles to be fought. English aristocrat Burney-Moore's own battle is to persuade his spirited daughter not to marry the charismatic outlaw, Elton Tyler.

Landgrabbers in the Wild West didn't always have it their own way, as Arthur Bothwell found out when he tried to drive Jim Everell and his lover Ellie Watson from their homesteads. When Jim Everell is killed, Bothwell thinks he has won, except that broken-hearted Ellie Watson decides to take her revenge by carrying the fight right into the heart of his cattle-ranching empire. By taking on a lone woman Bothwell breaks one of the cowboy codes of behaviour and his right-hand man doesn't like it. His defection to Ellie Watson's side tips the balance in her favour. Even so, Ellie has to fight lead with lead and the outcome is always in doubt.

The West Texas town of Pecos is in the grip of lawlessness. Only one man, the young and inexperienced Mitch Miller, has the courage to do anything about it. But first he has to deal with the town's corrupt sheriff, Matt Lock, and his paymaster, a ruthless gambler called Norris. All seems lost for Miller as he stands alone. Then outlaw Cal Withers and his men ride into town. Withers has no interest in bringing law and order to Pecos but, ironically, there is now just a chance that Miller can clean up the town and stay alive long enough to see it through. 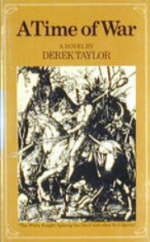 A Directory Only Of Country Music Artists And Their Backing Groups From The 1920s To The Present Day.

Available from amazon and other online book stores